As some of you may know, Puccini’s Tosca was the first opera I saw live, at the tender age of 13, and to this day it is my all-time favorite opera. Prior to seeing that live performance at the Fox Theatre in Atlanta, when the Met did its annual tour visit, I was taught the opening chords of the opera on the piano by my beloved Aunt Jeanette, who, along with my Uncle Ross, were avid opera fans and semi-professional opera singers. It is no wonder that I come by my passion for opera and singing naturally! Tosca, and opera, have taken hold of me and have never let go.

I was probably around 7 or 8 when Sis (as we called our aunt) taught me those opening chords on the piano (what a progression! B flat to A major to E major) – I just know they fascinated and stirred me. It was a big stretch to play those open octaves with my small hands. Flash forward to the aforementioned live performance, and I will never forget hearing those opening chords (which is Scarpia’s theme) played by full orchestra – especially the thrill of the brass. This was my very first experience hearing a live orchestra, I knew instinctively that opera (and music) would be the life for me. 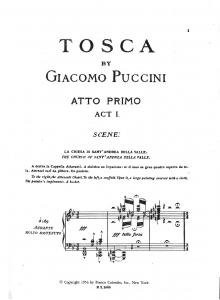 Tosca was the first opera score I owned, a gift from my aunt and uncle, which of course is a prized part of my music collection.

Now, this was the day before super titles, so I was not entirely sure about the finer plot points. All I knew was that at the end of the performance, I was so emotional and overwhelmed, I couldn’t speak for about an hour (kind of embarrassing, since Sis and Ross and their friends were pelting me with questions about hearing my first opera).

The cast, as I recall, was Milanov, Tucker , and Gobbi. OK – some more knowledgeable opera historians will probably mention that this trio could not have sung this opera together in the early 1960s, but I’m pretty sure those artists sang the 3 principal roles. 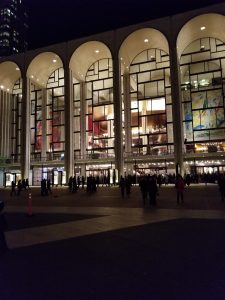 Entrance to the Met in NYC

I offer this as background to my attending the Met’s newest Tosca production on Monday night, January 15. The sets and costumes by John Macfarlane and direction of Sir David McVicar equaled Zefirelli’s beloved 1985 production, which I saw while living in NYC at the time. To say that the dramatic pace was riveting and the singing sublime is not doing this evening justice.

To me, Tosca is one of the few opera plots that makes sense – the action is totally logical and well-paced. You are taken from the sweet lovers’ anticipation of a night of ecstasy to the sinister machinations of Baron Scarpia, chief of police, to the tragic ending of the deaths of the lovers – one by execution, the other by suicide. How operatic is that! And all in the space of just under two hours.

As a, well, more mature listener some decades after that first Tosca experience, I was pleased to take note in this performance some of the ingenious technical aspects of the score, which were beautifully highlighted by the conducting of Emmanuel Villaume. 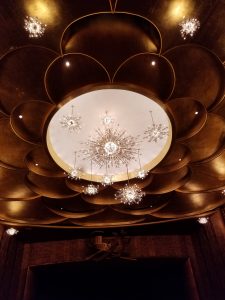 For instance, each character has his/her own musical “leitmotiv” or theme – Tosca’s is tender and lyrical, Cavaradossi’s heroic and ardent, Scarpia’s sinister, almost vulgar at times. As well, certain other characters have telling themes…anxious, scurrying, furtive strings for Angelotti; playful and jaunty for the Sacristan.  The Act II confrontation between Tosca and Scarpia is thrilling and tragic at the same time. The low, ascending string theme, modulating by half steps, perfectly depicts Tosca’s terror and fear – the dramatic tension of Act II is almost too much to bear. She is a caged animal, trapped by her desire to save her lover from torture, then unwillingly revealing where the rebel Angelotti is hidden. 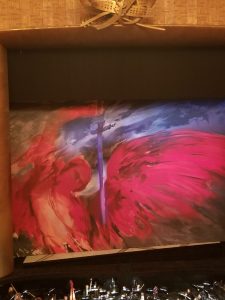 There are several articles in the NYTimes about this production, the original artists engaged to sing the principal roles, and their replacements. I use the term “replacement” loosely, because the three singers now performing most of the run are superb – soprano Sonya Yoncheva, tenor Vittorio Grigolo, and bass Zeljko Lucic.

I encourage everyone to look for these articles. Here are my two favorites:

You can also find a comprehensive analysis of the history and musicological format of the opera here: https://en.wikipedia.org/wiki/Tosca

And don’t miss the Met Live in HD Broadcast on Saturday, January 27, at 1:00 pm eastern time. I am looking forward to seeing these artists “up close and personal” as only the excellent Met video crew can achieve.

Finally, I will say immodestly that this performance was one of those experiences that makes me grateful to be a singer, to be in the same “club” as these wonderful artists. How empowering it must be to have the privilege to sing this glorious music.

It makes me sad that there are so many people who have not experienced, don’t “get” opera, and who are missing out on such artistry and divine music that can inspire and lift us to a plane above today’s current angst, divisiveness, and social malfunction. By now, it must be more than obvious how exited and inspired I was, and still am, about this evening!

Here are some photos of the McVicar production and the principal artists. 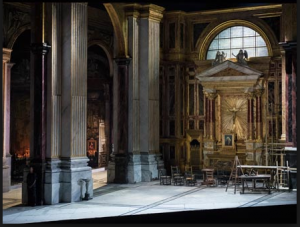 Act I set – Church of Sant’Andrea della Valle (notice the unusually raked stage going from stage right to stage left, as opposed to traditional raking from downstage to upstage) 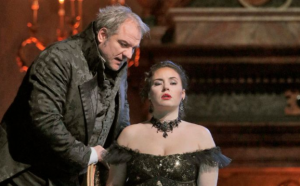 Act II – two views of Tosca’s assassination of Scarpia. She pulls the safe-conduct out of his hand, then places candles and a crucifix on top of his body. 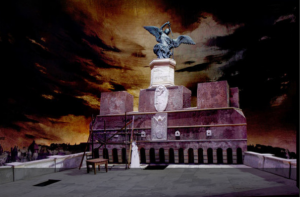 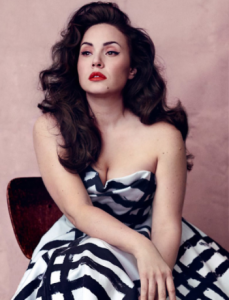 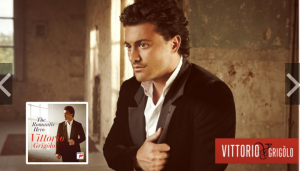