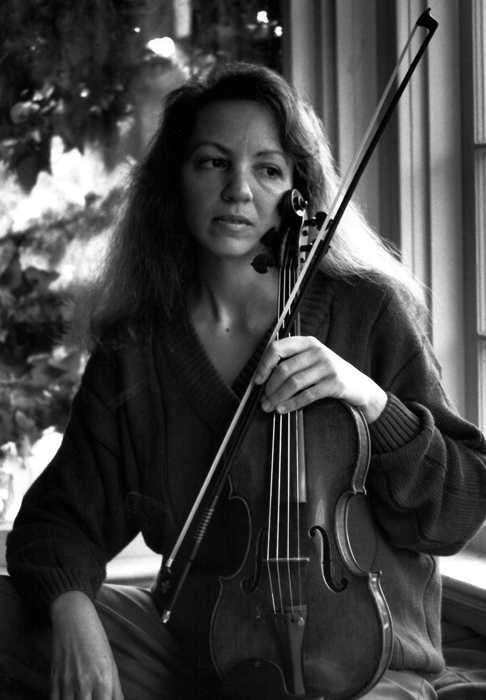 No, sadly I am not referring to myself. This is the title of a presentation by a former Met violinist, Erica Miner, which I heard on Sunday, March 19, at the Boston Public Library. The full title of the presentation was “21 Years at the Met: How I Learned to Love the Ring.” This event was sponsored by the Boston Wagner Society.

Ms. Miner delivered a personable and personal account of her long tenure as a violinist with the Metropolitan Opera Orchestra. According to the Society member who gave the introduction to her presentation, Erica was forced to retire due to an auto accident. This was surely heartbreaking for her, because as her lecture progressed, it was clear how passionate she was about her art and how much she loved playing in the Met pit.

But…silver lining department…Erica turned to her lifelong love of writing as her creative outlet. Journals, articles, screenplays, and novels…there is a long list of creative output on her website.

The presentation began with some background information about her family. Her parents were Russian Jews who immigrated to the U.S and settled in Detroit. Erica’s parents were ardent music lovers, and she would listen to the Saturday afternoon Metropolitan Opera broadcasts on the radio with her mother. But…whenever an opera by Wagner was scheduled, the radio was turned off! It took Erica many years to figure this out.

Erica began to study the violin with various distinguished teachers at Boston University and New England Conservatory. She spent summers at the Tanglewood Music Center, where she performed with such celebrated conductors as Erich Leinsdorf and Leonard Bernstein. She eventually moved to New York City and was hired by the Met just four years after James Levine became the principal conductor of the Met orchestra. 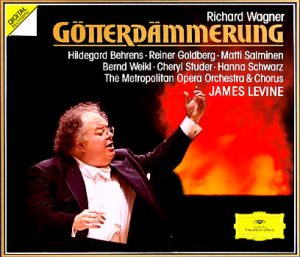 Personally, as a Wagnerian singer, I was thrilled to hear the names of the world-famous conductors and singers Erica was exposed to during her years at the Met. In addition to slides of photographs of these artists, she showed a slide of the “Magic Fire Music” orchestra score for the violins from the final opera of Wagner’s Ring cycle, Götterdämmerung.

The number of 32nd notes per beat that the strings are required to play must have been entirely daunting. This helped me to understand how much work and serious, dedicated practice are required of the instrumentalists preparing a Wagner score. Those of us who sing the roles, standing on stage in our heavy and sometimes cumbersome costumes, are supported by over 100 instruments frequently playing at full volume. I can’t express how thrilling it is to sing Wagner’s glorious music with a full orchestra.

Another of Erica’s points hit home with me. She said that a Wagner score requires constant practice and refreshing of the music. In other words, let’s say that a Wagner opera is scheduled on a Monday night, and that same opera will not be repeated until Thursday or Friday. Between those performances, Erica would practice her part of the scheduled piece every day. Mind you, she would be performing other, non-Wagner operas in between. 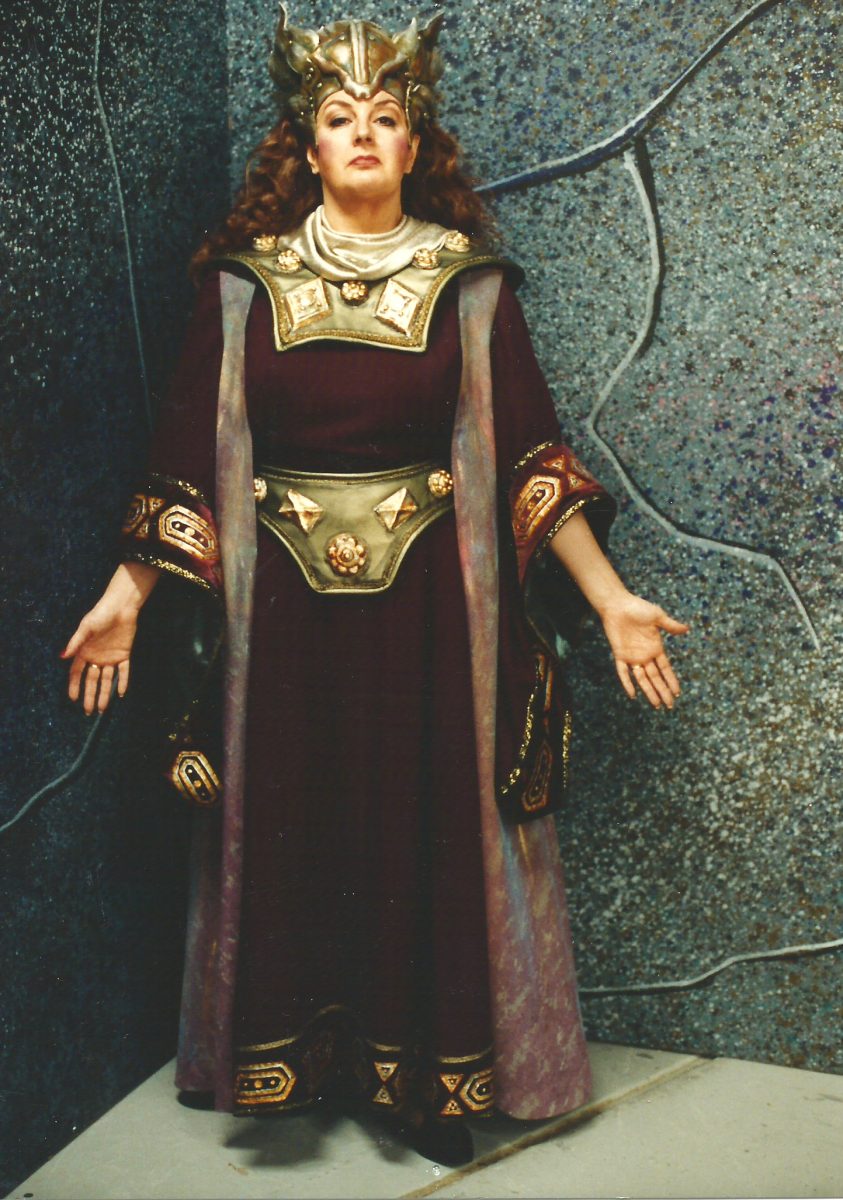 Similarly, when I was participating in the Arizona Opera Ring cycle in the 1990s, I sang the relatively short but dramatically important role of Fricka, head goddess. Fricka appears in two of the four Ring operas. In Die Walküre, she has an intense and combative scene with her husband Wotan, the head god. One would think that a relatively short scene (approx. 25 minutes), once thoroughly learned and performed many times, would not require review between performances. Not so! Every day between performances (sometimes a week apart), I would not only sing through the role – I would carefully speak the text of both my part and Wotan’s part rhythmically, as well as review my blocking (stage movements). Only by this daily repetition did I feel confident stepping on the stage in full Fricka drag and delivering my fiery ultimatum to my “husband”.

Erica ended her talk with Q&A. After hearing her speak about how inspiring and fun her years at the Met were (not to mention usually exhausting…a full Wagner performance, with intermissions, can last up to 6 hours), I asked her what other classical composers inspired her the most. Her immediate answer was “Brahms.”

I have to say that I thoroughly enjoyed this talk, but also listening to Erica Miner speak so glowingly and enthusiastically about her days in the Met pit. I have known many, many orchestra players over the years, and most of them are fairly jaded, considering playing in an orchestra “a job”…TMR (take the money and run). But there are others, like Erica, who consider it a privilege and a blessing to be able to perform with world-class musicians and singers, and to find enduring inspiration by the music of great composers. This, too, is how I feel every day when I listen to fine singing and playing by artists of every ilk.

Hats off to the Boston Wagner Society for presenting these unique and informative events.