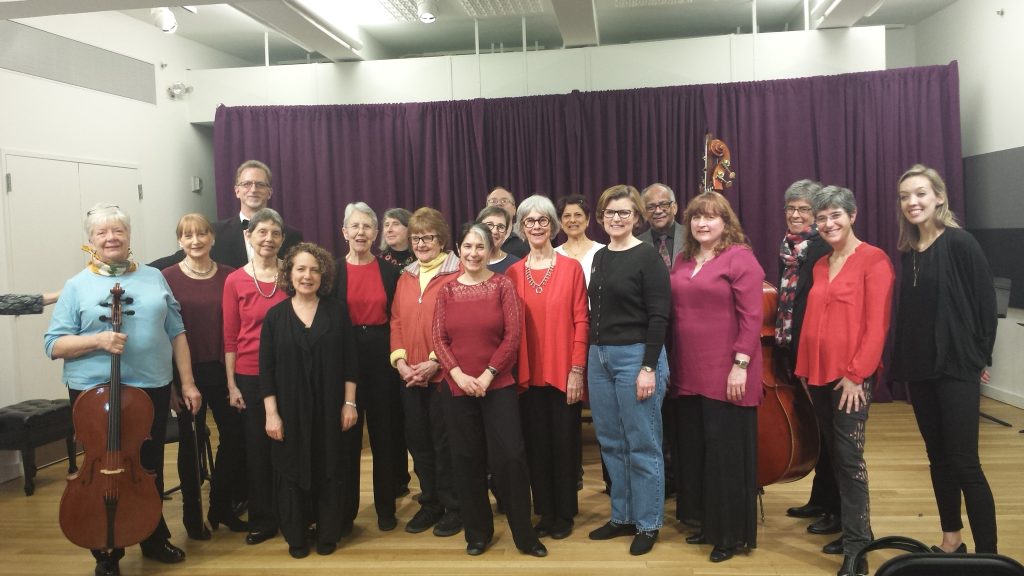 Last Sunday (Feb. 19), I had the privilege of hearing a chamber music concert at the National Opera Center in NYC. Now, it may seem a bit strange for an opera singer to blog about chamber music…frankly, I know very few singers who give instrumental music a passing glance. I fell in love with chamber music by dating various instrumentalists in my, er, younger days, and then marrying a talented cellist. In other words, I married into a family of string players (my father-in-law, Milan Vitek, is a distinguished professor of violin at Oberlin College, and an internationally in-demand competition judge and master class instructor). I was thus exposed to some of the great chamber works not just for strings, but various other instruments as well. And let’s not forget two of the most beautiful vocal chamber works, Respighi’s Il Tramonto for string quartet and mezzo-soprano, and Zwei Gesänge (Two Songs), Opus 91, by Brahms for alto, piano and viola.

But I digress. I heard about this concert through my dear friend Anne Wigglesworth, who, after retiring from her medical practice, decided to take up the cello, which she has been playing for about 10 years. It so happened that when I was in NYC last weekend, Anne was participating in an adult intensive chamber music weekend sponsored by The Chamber Music Center of New York, which culminated in a concert at 4:00 last Sunday. Hats off to Mary Jo Pagano, the founder and administrator of this wonderful organization.

As I sat listening to this music and watching the joy on the faces of all the participants (amateur and pro alike), I felt such inspiration that the power of music, and making music, goes beyond simply picking up an instrument and learning the mechanics of technique. Each and every player was in his or her own world of creativity and engagement in their art. The privilege of performing with professionals indeed enhanced their experience.

Here is a one minute video filmed on Saturday.

Watching the dedication and joy of these musicians brought to mind several very enjoyable evenings I spent in Copenhagen back in the late 1990s. My husband and I became friends with several of Milan’s “serious amateur” friends…professional doctors, lawyers, etc., who loved music and had attained a very high level of accomplishment on their instruments. I remember one particular doctor, Thomas Horn, who was a fantastic pianist and even accompanied me in a solo recital a few months before we left Denmark.

Every few weeks, Thomas and Milan and other musicians would gather at one another’s homes for serious music-making of a pre-assigned piece. As with the musicians I heard in NYC last weekend, the group chose a piece to work on for several weeks or months, and then they would gather for a “house concert” for themselves and their spouses.

Needless to say, there was plenty of food and drink consumed both during and after the playing. Here are some Danish specialties that I remember fondly: Carlsberg and Tuborg beer and akvavit; frikadeller (meat balls) or flæskesteg (roast pork with crackling) or kogt torsk (poached cod) with mustard sauce and trimmings). This was a typical evening of a cultural aspect of Danish life called , “hygge”, or coziness.

I was at times envious of these “avocational” musicians…they had the talent and opportunity to perform and make music with a pro (Milan), without the pressure of trying to get hired by constantly proving yourself through auditions. High level playing, no pressure to get hired…I would call that win-win.

So…hats off to all the serious amateur, dedicated musicians of all ages all over the world who are keeping the arts alive in their homes, their local concert venues, and mostly in their hearts.